“Target: Industry 4.0” is the title of the interview by Giovanna Tucci on the fourth edition 2018 of NCF (Pharmaceutical Chemist News) dedicated to “Pharma 4.0”.

In the first part of the article, the CEO Eugenio Favillini goes through all the important steps for the FAVILLINI Pharmaceutical Packaging’s transformation into an industry 4.0.
Thanks to the Heidelberg Speedmaster XL 106 “Push stop”, the third die-cutter Bobst, the new fourth folder-gluer and also to the global company digitalization that will be completed within the end of 2018, the production capacity has increased by more than 50%.

The interview continues describing the labelling department in compliance with AIFA legislation of August 2017.
Favillini describes also his strategy regarding the European Directive 2016/161 about Tamper Evident and serialization.

The company realized a pouch without a label in order to avoid the use of the glue as closure for the caps: it will be replaced with some joints in correspondance with the openings and the closures. This project has been sent to the Patent and Trademark Agency and it has been evaluated positively.

In October, FAVILLINI will join the meeting organized by GIFASP and Farmindustria to look for some possible interactions between the manufacturers and the final customers for the Tamper Evident Packaging.

The interview ends with a figure that rewards the long term startegy adopted by the company: on the first trimester 2018 the revenue has increased by 20%. This increase has been confirmed at the end of the first semester.

The new Bobst folder-gluer machine has been installed

LIVORNO – FAVILLINI Pharmaceutical Packaging keep expanding his machinery fleet in line with the organized timeliness: after the third die-cutter Bobst bought on December 2017, the fourth Bobst folder-gluer has been installed.

In the meantime, the work for expanding, reclaiming and connecting the 2500 mq area acquired on March 2018 is keep going on. 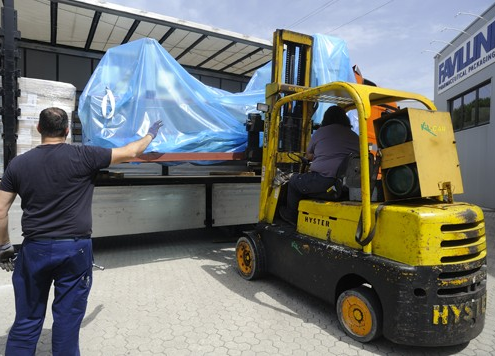 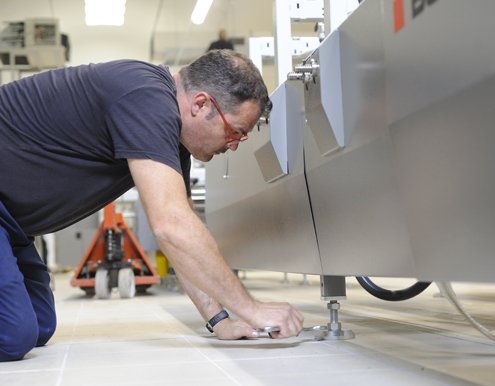 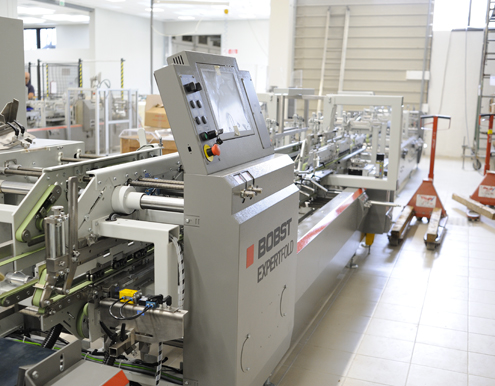